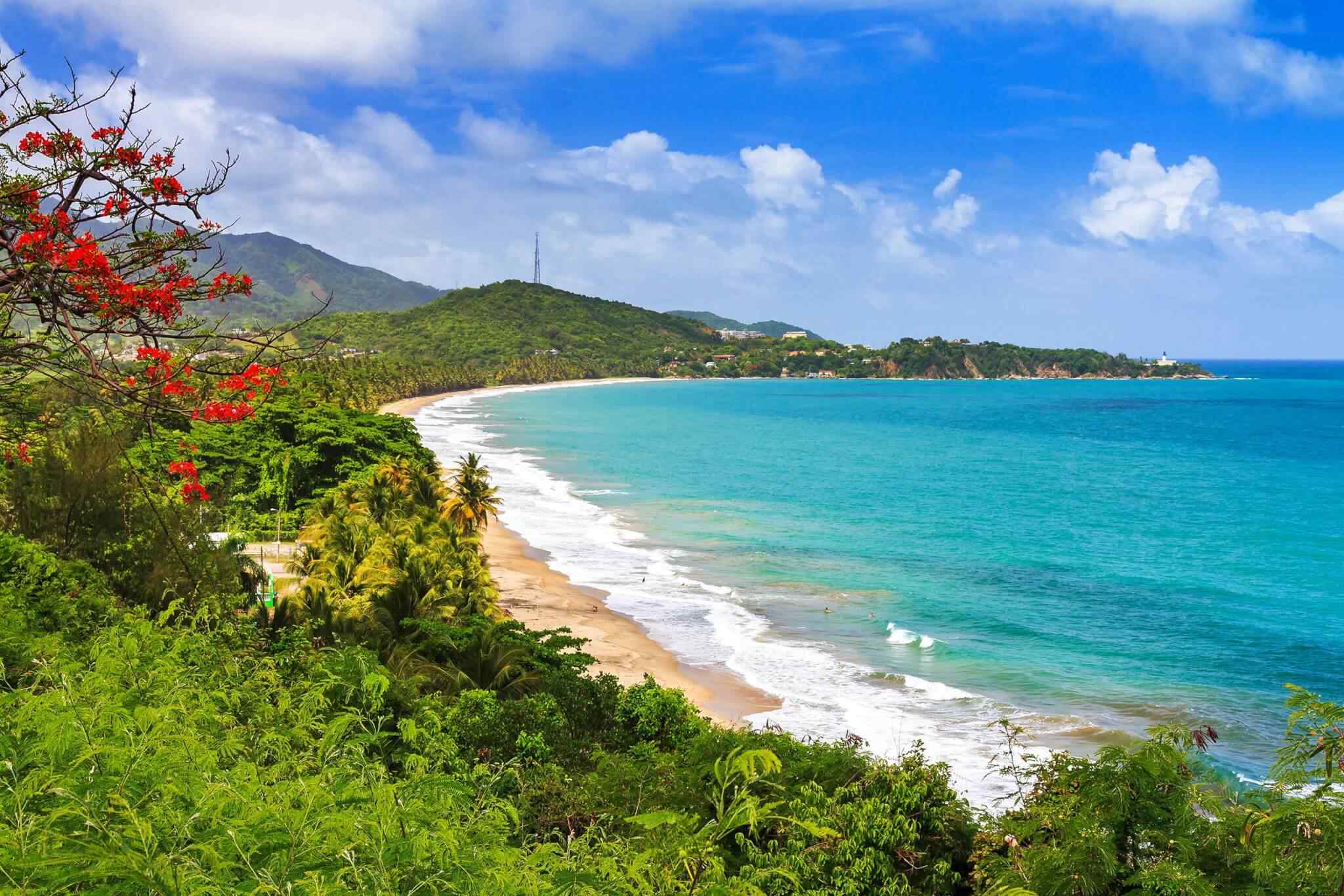 In early September 2017, Puerto Rico anxiously prepared for two catastrophic hurricanes that threatened its shores. Hurricane Irma came first, wrecking the islands of Culebra and Vieques and causing serious damage and flooding along the country’s northeastern coast. Just a week later, Hurricane Maria made a more direct impact, becoming the strongest hurricane to hit Puerto Rico in 89 years. While Maria’s blow may have immobilized the island temporarily, Puerto Ricans continue to persevere as relief efforts mobilize and recovery begins. Borinquen has weathered many storms, and it will weather this one too.

Puerto Rico inspires Caribbean daydreams for good reason: it can satisfy both the lethargic beach bum and the budding big-wave surfer – all in a long weekend. Its coral reefs host a riot of fantastical fish and the shores shimmer like crushed pearls. On some beaches you’ll have plenty of company. In other places like Vieques or Cabo Rojo you might have some of the world’s best stretches of sand entirely to yourself. If the sands that rim the island tempt you to stay, you can opt for sizeable resorts or independent guesthouses for watching those seaside sunsets from your room.

Scented by slow-roasted pork and sea breezes, and colored by swashbuckling history, this sun-washed medley of Spanish and American influences is a paradise-seeker’s pleasure dome.

The island’s culture is of the visceral kind. You’ll need to search for it beyond the condo towers and congested roads, and sometimes it seems Puerto Rico does not wish to show outsiders its cultural magnitude. Then, suddenly, you’ll smell it in the smoke arising from lechoneras (eateries specializing in suckling pig), or hear it in the intoxicating patters of salsa beats. You’ll glimpse it as sunlight sparkles across coffee plantations, or in museums celebrating everything from failed revolution to classical European painting. Puerto Rican traditions have been shaped by generations of cultural synthesis, celebration and setback, and it emerges today as vivid and indomitable.

Puerto Rico’s present appears laid-back but its past brims with cannon fire and colonization, repression and revolt. Legend abounds: from San Juan’s fortresses, scoured by siege, to the crumbling South Coast sugar refineries once powering the island’s economy. European settlers built pretty plazas in harbor cities while political revolutionaries schemed rebellion in mountain villages. History enthusiasts can wander precolonial Taíno ruins or coffee haciendas. Even if your interest is scant, it’s hard not to get immersed in Puerto Rico’s tempestuous story in Old San Juan, where enticing echoes of bygone times – of colonists and swashbucklers and smugglers – reverberate still.

Even those who stick to the coast cannot escape the alluring shadow of Puerto Rico’s thick forests, as knotted labyrinths of mangroves create crucial shoreside wildlife reserves and the green glint of the inland forested hills is rarely out of sight.The island’s dense foliage invites a perpetual mystery to blanket it, as coqui frogs chant among giant tree ferns and roots reduce so-called roads to rubble. The forests here are internationally important, such as El Yunque, the only tropical rainforest in the US. A journey into them guarantees to awaken the adventurer within.